His legacy and the founding of Medill School

Legendary newspaper publisher and Northwestern University alumnus Colonel Robert R. McCormick, namesake of the Northwestern McCormick School of Engineering and Applied Science, began attending law classes at the University in 1903. In 1909, he founded the law firm Shepard and McCormick, today known as Kirkland and Ellis. Two years later he became the president of the Chicago Tribune. After returning from Europe as a war correspondent for the Tribune in 1915, he enlisted in the Illinois National Guard and served with the First Division as an artillery officer in World War I.

Shortly after becoming Tribune president, McCormick created the Ontario Paper Company, the Tribune’s Canadian paper mill operations, to support the growing demand for what was known as “The World’s Greatest Newspaper.” McCormick expanded the Tribune from a single metropolitan newspaper—which by the 1930s was the highest circulation standard-sized newspaper in the world—into a media empire that included the New York Daily News, the Washington Times-Herald and the WGN radio and television stations.

Throughout his life, McCormick was a champion of the First Amendment and embodied the Tribune’s creed that a “newspaper is an institution developed by modern civilization to present the news of the day, to foster commerce and industry, to inform and lead public opinion, and to furnish that check upon government which no constitution has ever been able to provide.” To protect the First Amendment, he financed court cases, including the 1931 landmark freedom of the press U.S. Supreme Court case Near v. Minnesota, where the court decided the government censorship in advance of publication was unconstitutional. He also published several books on journalism, including “The Freedom of The Press” in 1936.

Though he devoted his life to journalism, McCormick had no formal education on the subject. What he knew came from observation and discussion with his grandfather Joseph Medill, publisher of the Chicago Tribune from 1855 to 1899. McCormick knew one of his grandfather’s lifelong wishes was the establishment of a journalism school in the Midwest. When Tribune reporter Eddie Doherty suggested the creation of a journalism trade school near Chicago, both McCormick and his cousin Captain Joseph Patterson, publisher of the New York Daily News, fully endorsed the project. Together they would make Medill’s dream a reality.

In 1920, they began working with Northwestern Deans R.E. Heilman and John Wigmore to lay out plans for the project, which was endorsed by University president Walter Dill Scott. The Chicago Tribune agreed to give $12,500 per year for five years to help finance the school and to name it after Joseph Medill. Several veteran Tribune employees lectured at the school, and the newspaper opened its printing presses for school visits. In 1925, the Tribune board agreed to continue its contributions to the Medill School of Journalism. 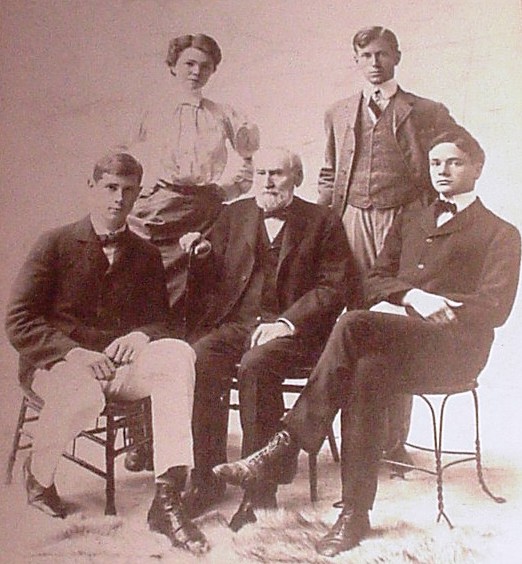 McCormick also made personal donations to Northwestern, and by 1947, had donated more than $4 million to the University. After he died in 1955, McCormick’s will established the McCormick Foundation, which aims to foster communities of educated, informed and engaged citizens. To this day, the foundation continues to invest in education and journalism, including over $80 million in grants made to Northwestern University.

Learn more about our future >

Author Bio: Jeffrey Anderson holds a BA and MA in history from Roosevelt University and wrote his master’s thesis on Joseph Medill. He has worked as the interpretation manager at the Robert R. McCormick House for the past 15 years. He has also taught on the Medill family for College of DuPage and lectured on Medill at the Conference on Illinois History.